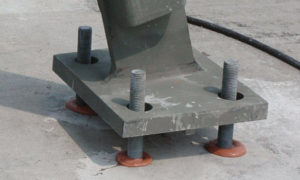 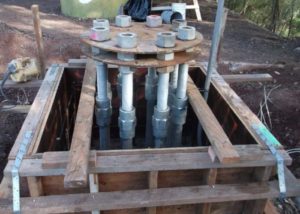 All thread rods are also commonly used as extenders in the field.  No one is perfect and mistakes happen when foundations are poured, probably more often than anyone would like to admit.  Sometimes anchor bolts are set too low, and when this occurs, the easiest fix is to extend the anchor bolt with a coupling nut and piece of threaded rod.  This allows the contractor to extend the threads of the existing anchor bolt and properly tighten the nut. 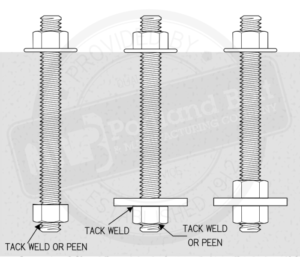 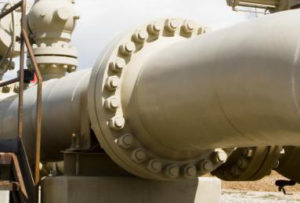 All thread rods are also used in the pole line industry as double arming bolts. This bolt type is used to secure one cross arm on each side of a wooden utility pole.  The advantage to using fully threaded rods in this application is to allow for maximum adjustment for the cross arms on the poles which can vary depending on a number of factors.  Double arming bolts are typically sold with four square nuts, two assembled on each end, along with an added semi-cone point on each end to facilitate ease of installation in the field.

All thread rods are used from time to time in virtually any construction fastening application. They are used with a nut on each end and for fastening wood, steel, and other types of construction materials. They are often substituted for a hex bolt or other type of bolt with a forged head, however, such substitutions should only be made with the blessing of the Engineer of Record on the project.

Kailey Tillman, Sales Representative at Portland Bolt, is an expert on all thread rod. Contact Kailey by phone, through our form, by email, or via chat if you have any questions.

This website is owned and operated by Portland Bolt and Manufacturing Company. The intent of this site is to provide accurate and valuable information about all thread rod. Please contact us if you have questions, require additional information, need a price quote, or would like to place an order. For more information regarding Portland Bolt's manufacturing capabilities and full product line, visit www.portlandbolt.com